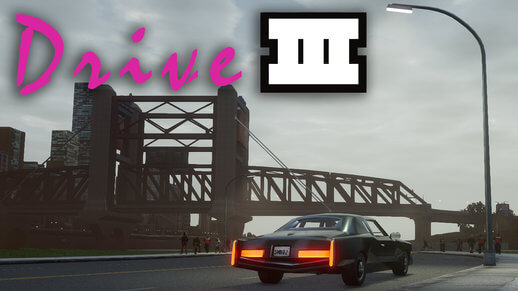 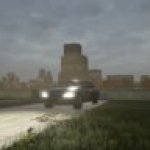 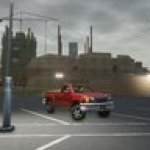 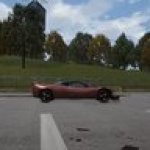 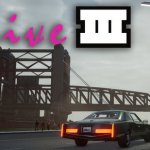 Drive III is all about finding a balance between realism and fun. I’ve also sought to fix a lot of frustrating issues with the original driving physics, like cars being excessively bouncy and tipsy, too much grip and oversteer being difficult to control. That said, I’ve tried to balance that with maintaining the game’s original character as well. So, for example, the Landstalker is notoriously tipsy and that’s part of the vehicle’s character, so I made it a little more stable, but you can still tip it if you’re not careful. I’ve made the sports cars less darty and touchy because that always bothered me. Another issue with the original handling was that some cars had the brake bias way too far back, causing you to spin out unless you braked perfectly straight. I’ve tried to make that as neutral as possible for most cars. I’ve also made the cars generally more durable across the board. All cars have the correct drive-wheels setup. The Banshee is now more of a handful to control, like a real Viper. Even the RC car got a handling overhaul! Finally, I tweaked some cars’ ride heights where I felt appropriate. The Bobcat is a little less weirdly high, but again, to maintain the game’s character, not as low as a real Ford Ranger’s ride height. The FBI is now lower than the Kuruma, not the other way around. The Infernus is now properly low for a supercar.

The only cars I couldn’t alter as much as I wanted to be the Patriot and Perennial, both because they wouldn’t be able to complete certain missions otherwise (Patriot Playground and Uzi Rider, respectively).