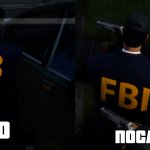 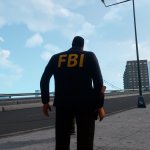 This mod replaces the FBI inscription from the NPCs of the same name, in the remaster they supposedly decided to link the 3D universe with the HD universe with some elements, the FBI fell under these paws and they became FIB, but they forgot that there are their cars that remained FBI and voice over with their mention, so the mod restores this oversight